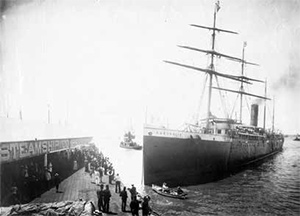 Although our island home may appear to be one of the most geographically remote locations in the world, Hawai‘i has a vibrant history of global awareness and interaction that spans centuries. The sea and sky serve as our roadways and provide an infinite network of connections to the outside world. We travel to explore new places, meet new people, gain new experiences, be immersed in new cultures. And yet no matter how far or long the journey may be, our identity as Hawaiians remains.

The mele from this year’s competition will serve as the proverbial vehicles transporting us to various times and destinations. The stories captured within will inspire us to become more globally engaged while solidifying our homegrown connection to this land. We celebrate the experiences of our people as they traversed the globe and highlight the lasting impacts those journeys have had on our lāhui. 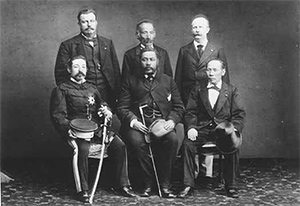 In the latter part of the 19th century, an insatiable need to explore and the constant search for knowledge fueled a sense of global engagement by the Hawaiian monarachy prompting our beloved ali‘i to establish diplomatic relations with foreign powers around the world. King David Kalākaua’s drive to enhance the international profile and potential of the Hawaiian Kingdom as a world player earned him the distinction of being the first monarch ever to circumnavigate the globe.  This year’s hō‘ike takes us on a journey featuring mele and hula that recount these storied travels by our adventurous ali‘i.